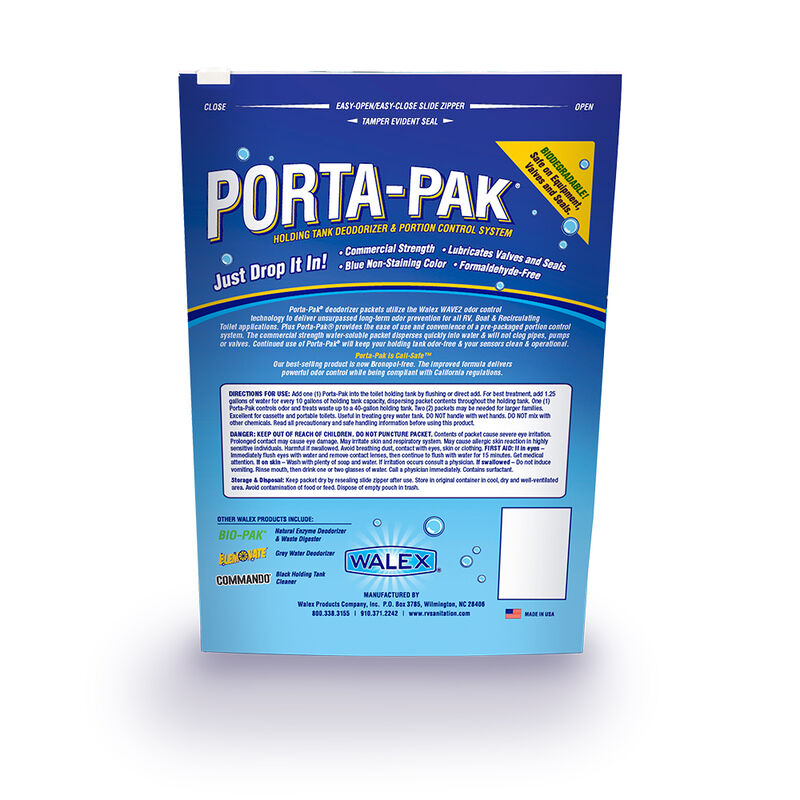 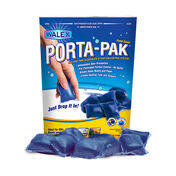 End the hassle of liquid treatments - just drop in a packet of Walex Porta-Pak Holding Tank Deodorizer and you're good to go! Each fresh-scent, water-soluble packet disperses instantly when dropped into the holding tank. Porta-Pak's powerful formula - proven in millions of applications - breaks down waste and tissue, cleans holding tanks and sensors, and lubricates valves and seals, all while offering commercial-strength odor prevention. Plus, it's biodegradable, formaldehyde-free, and won't clog pipes or valves. The pre-packaged portion control system eliminates spills for safe, easy use. Ideal for RVs, boating, and camping. Use 1 packet per 40-gallon tank. Includes 10 Porta-Pak packets in an easy-to-store zipper bag. Made in the USA.

Unit Weight
0.75 lb
Brand
Walex
MFG Part No.
PPRV10
You May Also Like