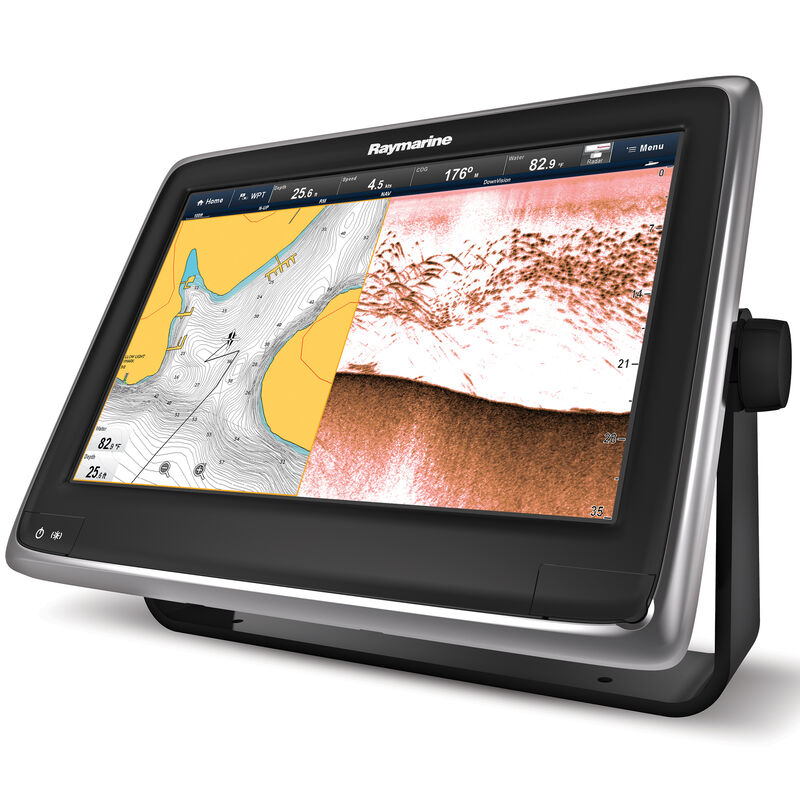 Raymarine a128 12.1" MFD With CHIRP/DownVision And US LNC Vector Charts 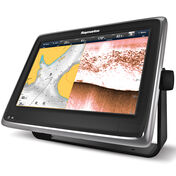 The a128 Multifunction Touch Display enables serious freshwater and inshore anglers to experience Visionality with its built-in CHIRP DownVision Sonar. The a128 is actually 2 sonars in one because it features 2 discrete CHIRP channels. CHIRP DownVision delivers stunning underwater views of bottom, structure and fish while the CHIRP fish targeting channel makes easy work of identifying both bait and game fish. Add the CHIRP DownVision transducer of your choice (sold separately) to complete the system.

The a128 Multifunction Touch Display features a super-bright 9" sunlight viewable LCD screen with multi-touch pinch-to-zoom control. Running Raymarine's LightHouse II user interface, it is a full-featured GPS and chartplotter that is compatible with both Navionics charts as well as LightHouse Raster and Vector charts of the USA. The a125 features dual RayNet network ports for connecting to other displays, radar, sonar, thermal cameras, SiriusXM Marine Weather receivers, and much more. The a128 is also SeaTalkng and NMEA2000 compatible for connecting to engines, instruments, Evolution autopilots, and other network devices. Powerful aSeries displays deliver the speed and simplicity of LightHouse II in a fast and fluid touchscreen experience that is simple to learn and customize and makes everything easier.

Mobile Integration: Wireless is Built Right In
Ccomes with standard built-in Wi-Fi and Bluetooth wireless networking. No external modules are accessory boxes are required. Pair youre aSeries with Raymarine's free apps for Apple and Android smartphones and tablets, and enjoy the convenience of Raymarine Everywhere.
• Access aSeries anywhere onboard with Raymarine apps
• Play and control MP3 audio on your smartphone remotely using Bluetooth
• Sync with the Navionics Boating app to exchange navigation data and even update charts
• Navionics Plotter Sync bridges waypoints and routes between your aSeries and your smartphone or tablet

Raymarine aSeries also supports Video over IP, making it the perfect place to keep a watch of onboard safety and security. Connect multiple IP video cameras and use aSeries to view and record video snapshots. Video camera are also great for monitoring remote spaces like engine rooms or monitoring hard-to-see areas like side decks and cockpits.

Expand your aSeries Network with Radar and More!
The a-Series MFDs work with Raymarine's full line of Digital, HD Color, and Super HD Color radar scanners. They also integrate seamlessly with other accessories like AIS, SiriusXM Marine Weather receivers, instruments, Evolution Autopilots, and much more. You can even customize your onboard navigation system by mixing and matching any combination of a-Series, c-Series, e-Series, or gS-Series multifunction displays.