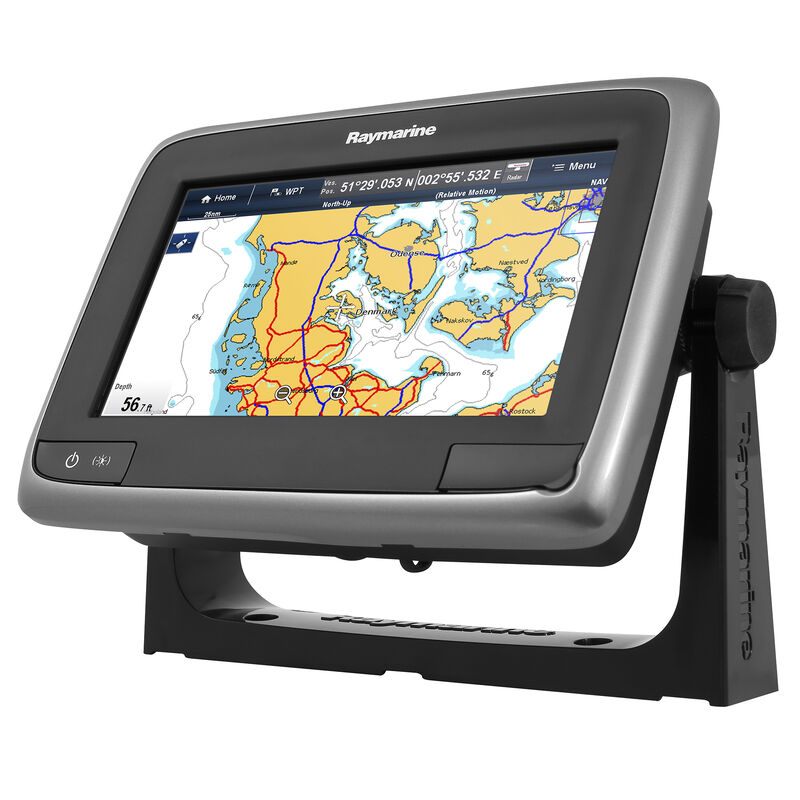 The perfect choice for chartplotting and networking. Raymarine has taken significant steps to expand a-Series functionality further with the addition of built-in WiFi. The compact a-Series multifunction displays are already extremely versatile, offering boaters simple and quick access via Raymarine's intuitive LightHouse user interface to navigation applications like GPS, sonar, radar, and data. The expansion into dedicated WiFi means that, as with Raymarine's award winning e-Series and c-Series MFDs, a-Series Wi-Fi owners will be able to use RayRemote and RayControl apps to control their a-Series Wi-Fi MFD directly from their smartphone or tablet.

RayControl transforms tablets into both a viewer and a full-function 2-way MFD control; the tablet syncs with the MFD, and users touch the tablet screen to control the MFD; pulling up charts, operating radar and sonar, selecting menus, setting waypoints, and more. RayRemote is designed for use on smartphones, switching their smaller screens between a full screen MFD repeater display and a full screen virtual keypad with just a tap of the display. Raymarine apps are available for Apple iOS, Android, and Kindle Fire, and can be purchased via the Apple iTunes App store, Google Play Store for Android, and through the Amazon Android Marketplace.

The a-Series brings the performance and simplicity of Raymarine multifunction navigation into a sleek, compact, and full-featured touchscreen display. Engineered to perform on boats below 30' the a-Series are rugged multifunction displays designed for tight spaces. The touchscreen design and low profile bezel gives every helm a clean, and integrated appearance, while the supplied mounting bracket offers convenient mounting virtually anywhere at the helm. The a-Series displays also connect with NMEA2000 networks using Raymarine's SeaTalkng network, giving boaters the ability to integrate AIS, autopilots, and engine instruments.