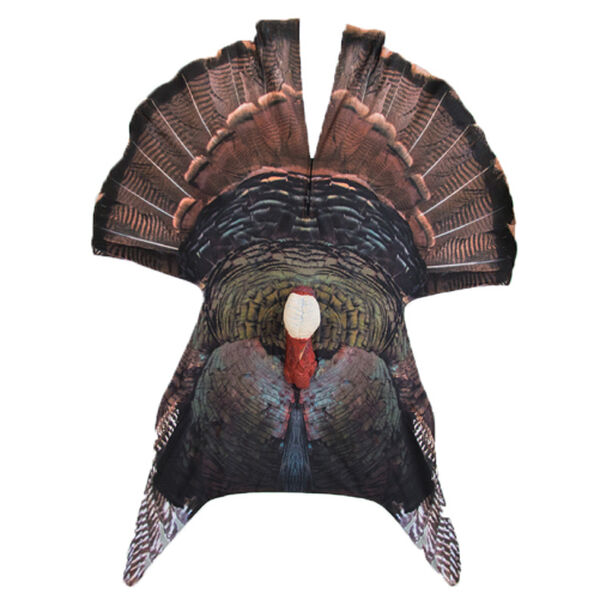 Item No. 253776
$132.99 $139.99
Save $7.00 ( 5% Off )
Free Shipping
Additional Information
Features
Able to be used as both a traditional stationary decoy or a run-and-gun Fanning decoy, the TurkeyFan JakeFan Turkey Decoy is perfect for triggering the territorial response of a dominant tom against an adolescent Jake. It manually functions to mimic an adolescent bird going in and out of strut, featuring life-like imagery with a 3D head that will fool the most finicky Gobbler. Specially designed to be used in traditional hunting scenarios with the ground stake or as a Fanning decoy, utilizing the built-in ground stake for both to ensure you'll be hands-free at the moment of truth. Durable, folding design for safe and easy portability. Window can be customized in seconds to be used for viewing, gun or bow hunting, or even filming with any POV camera using POV bracket (not included). Included with decoy is built-in stake, 3D head, carrying bag, and TurkeyFan Face Mask.